I’ve got a big idea for a series of articles I’d like to start writing. On its surface, the pitch is simple:

I’m going to show you, step by step, how to build a successful app as an independent app developer. 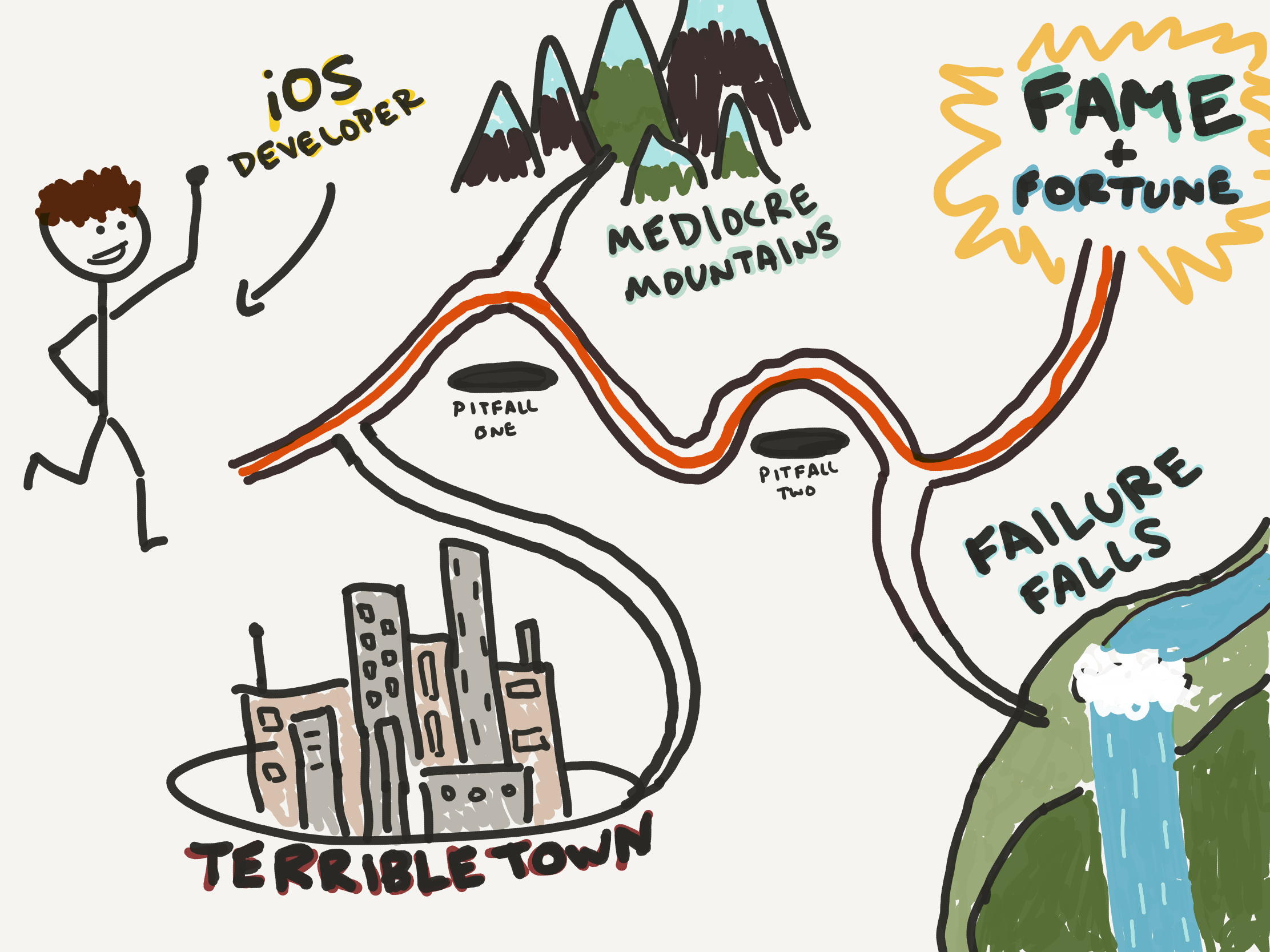 As you can see from this map, this is going to be quite easy.

The reality, of course, is that I have absolutely no idea how to build a successful indie app. I’ve never done it, and actually, if I’m being honest, it seems pretty hard. 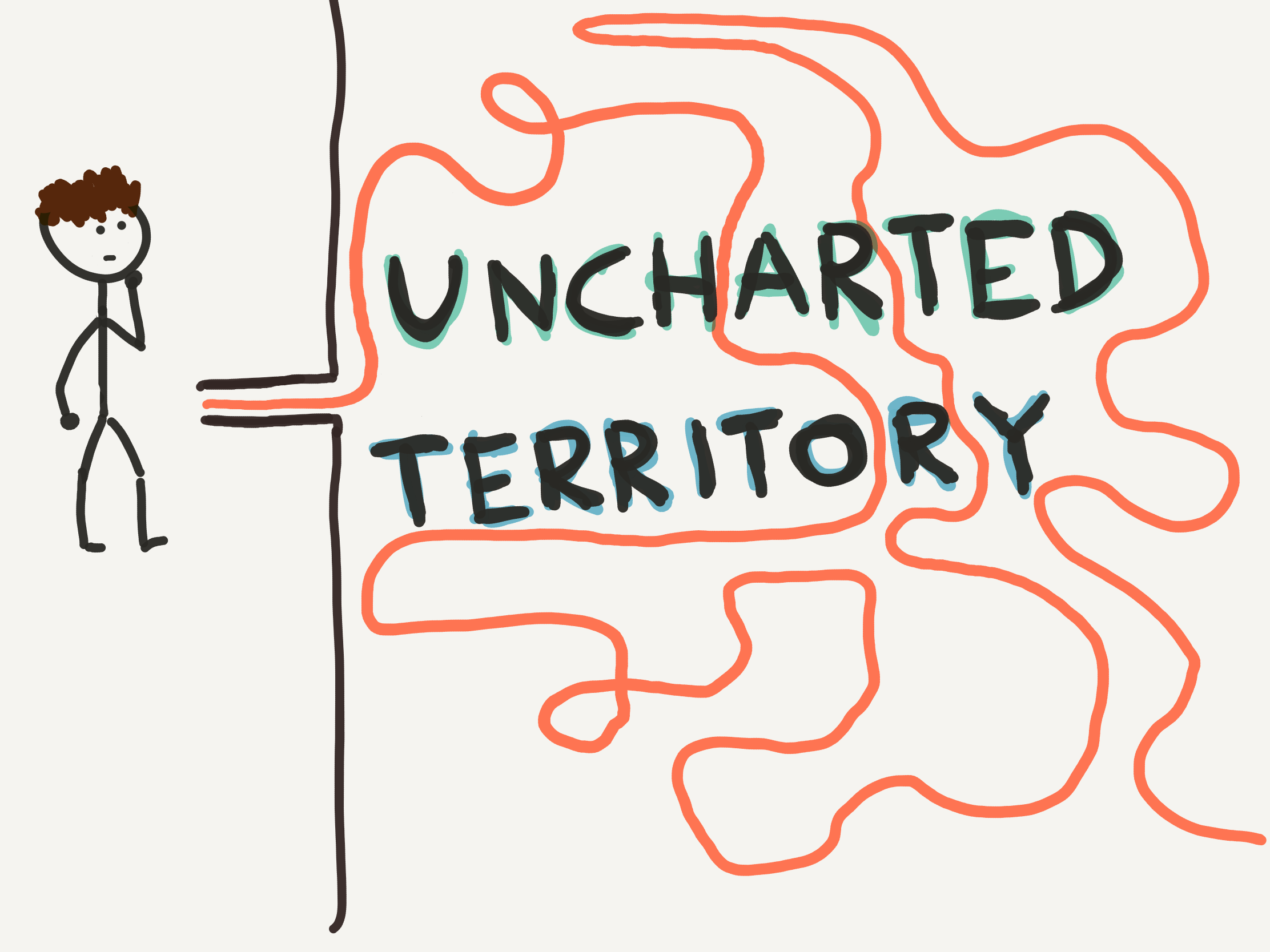 But, that’s kind of the point. I’ll write these articles in real-time, as I attempt to build and ship my own wildly successful independent app, in the hopes that I’ll end up with a fun and compelling chunk of writing regardless of how that app turns out. If I defy the odds and manage to actually build something that finds some version of even moderate success, then I’ll have documented many of the steps (and missteps) I took to get there, which will hopefully be interesting and helpful to anyone else aspiring to do something similar. If I jump ship halfway through development, or release an app into the void and never get so much as a dime out of it, then my hope for this series is that it becomes a funny and honest look at how hard it can be to find success as an independent app developer in 2020.

More than anything, it’ll be a fun outlet for me to write about the ups and downs of setting out on my own and trying to build something worthwhile.

Here are a few initial goals I’ve got in mind for this thing: 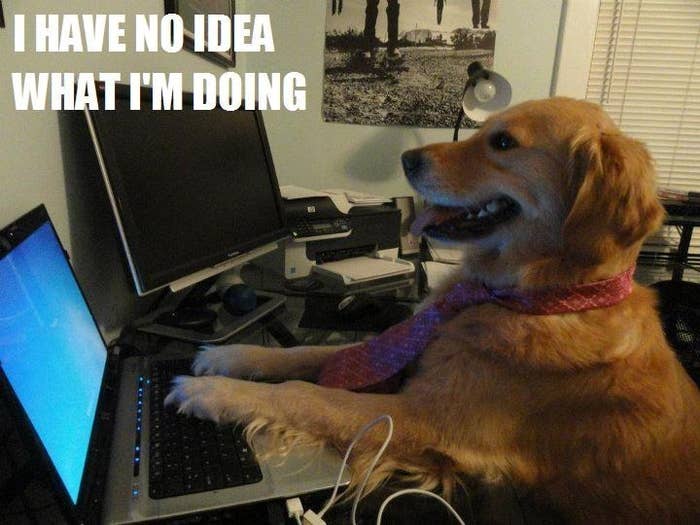 …because, despite now having built apps professionally for something like 8 years, I still feel like a dog in a tie on a day-to-day basis. I think that’s normal, especially when embarking* on a new project like this, and I think that’s okay — it means I’m still pushing myself and improving at the things I do.

* Just wanted to call attention to this dog pun. I’m off to a good start.

Getting creative with custom UIKit controls

Going indie, step 1: Come up with an idea