On May 14th, I launched Oh Bother — my first independent app in 7 years. I wrote a bit about my decision to build Oh Bother here, but now that my little app is actually out in the world, trying to make a name for itself, I thought it’d be fun to reflect on the whole process and on what comes next. Here we go!

Initial commit! Had the idea, had the name, and had big ambitions to ship this thing in, like, two weeks tops.

Got the basic structure and aesthetic of the app sort of fleshed out with some fake data.

Nailed down the structure of the status update drawer, and the way that it opens and closes. None of the buttons actually did anything yet.

Very quickly threw together an icon in Sketch (I am not an icon designer). Shared it on Twitter, and hilariously claimed I was hoping to launch in a week or two. The UI was basically done! There wasn’t much left to do really!

Finished building all the fun little interactions in the status update drawer — the wobbly buttons, the modal inputs, the status change animations. Was definitely following my own advice by getting this nice and polished early on 🤓 Pretty close to the final look and feel at this point.

Started building the push notification system, and got timed notifications working properly. Realized it was finally time to bite the bullet and stop avoiding the hard part: CloudKit 💀

Had iCloud syncing (not sharing) working pretty well, and built the basic onboarding flow as a much-needed palette cleanser.

Built the People screen, and finally had iCloud sharing working pretty well. This was the first time the app actually worked, and could be used for its intended purpose. Getting close!

Built the Extras screen, diving deep into the scary world of in-app purchases in the process. The App Store review folks ended up making me change this screen a few times. I’m still not entirely sure why.

Built the menu screen, which represented the final chunk of UI the app needed to be complete.

Tons of little tweaks, bug fixes and polish. My commits were way too big and irresponsibly spaced out before this point, and now all of a sudden I was pushing 10 tiny commits every day.

Finalized all the extra colour palettes and app icons.

I went back and forth with app review a few times, all because of weird in-app purchase issues that, honestly, weren’t really issues. At some point I think they were just rejecting me for the fun of it, because I eventually had to submit a formal appeal and say “uh…your rejection has nothing to do with my app. What’s the deal?”

Thankfully, the appeal was quick, my app was approved, and I scrambled to finish up the website and some simple marketing materials. 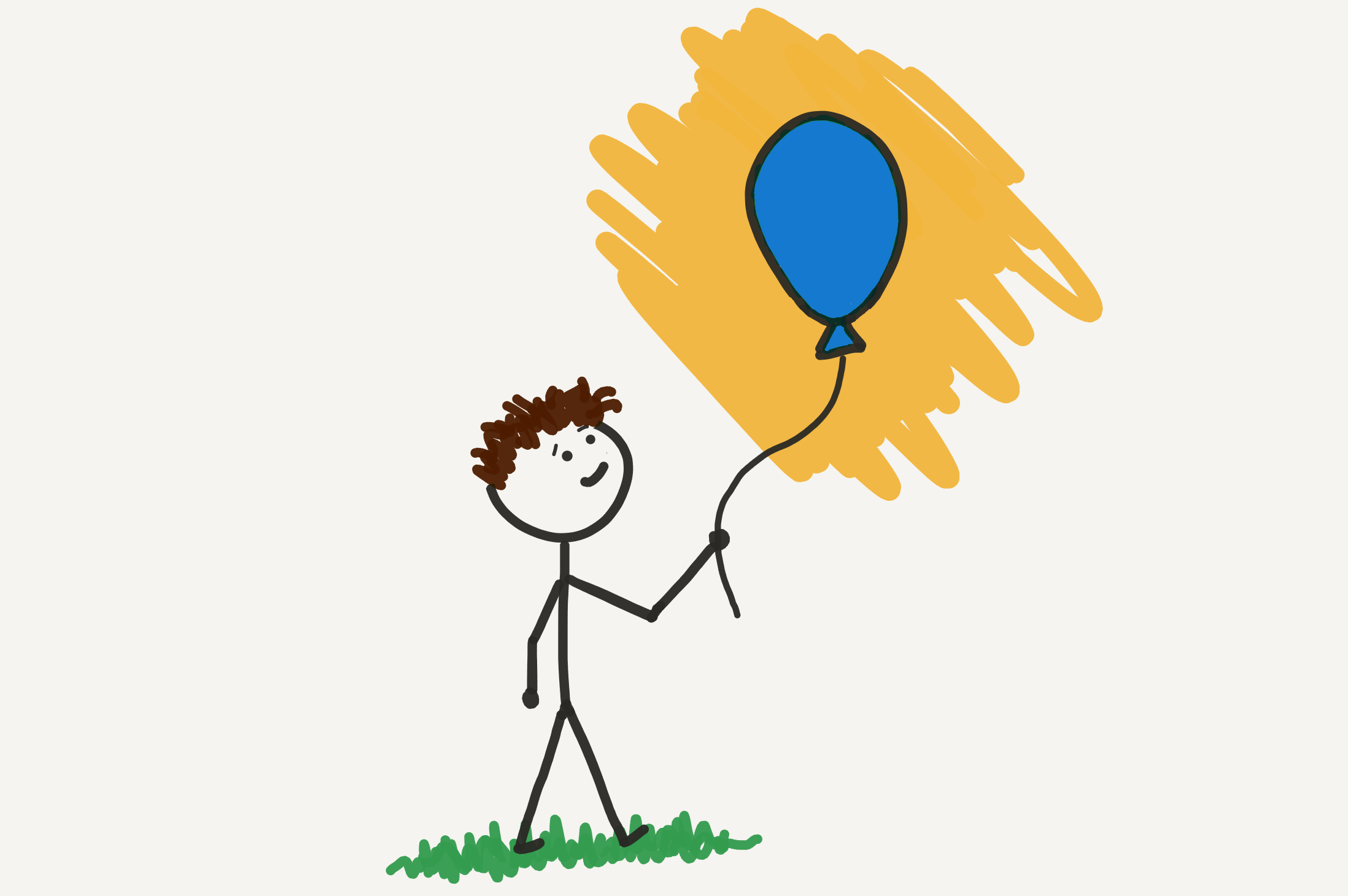 Was it a successful launch?

Longer answer: Success is subjective! Oh Bother has not made me rich or famous, nor was it intended to. (My next app will do that, I assume). I had a bunch of smaller things I was hoping to do with this app, and luckily, those things seem to have largely panned out.

First off, my primary goal was to get something created entirely by me into the App Store quickly. I was tired of thinking of myself as an “independent iOS developer” without actually having a single app in the App Store, and if nothing else, I knew it would be helpful for networking and for potential future job hunts to have at least one thing in the world to point to and say “that’s mine.” So, mission accomplished!

But more to the point, I wanted the app to be something I was proud of, and that, however small, reflected what I’m capable of as a developer, as a designer, and as someone who can see a project through from start to finish. I wanted to prove to myself that I could make something that people would be interested in, and maybe even inspired by. And, ultimately, I think I did! I’m proud of my quirky little app, and the design and attention to detail that went into it seems to have really resonated with some folks.

I’ve made a well-documented attempt this year to get involved in the online iOS community in the hopes of growing my network and learning from a pretty incredible group of people. To that end, I was also hopeful that building and showcasing an app I was proud of would open up opportunities to connect with more of the people I’m inspired by in this community. In this sense, Oh Bother was definitely a success; to put it crassly, sharing the progress and launch of the app more than doubled my follower count on Twitter, which is wild. But more importantly, I feel like I’ve started to form some real (albeit heavily internet-mediated!) relationships with a whole bunch of remarkably smart, generous and supportive people, and I’ve been absolutely floored by this community’s eagerness to lift each other up. Thanks y’all.

FInally, my stretch goal in all this was to build something that garnered enough of a positive response that I’d feel justified in continuing to put time into it after release. This project was all about cutting scope and getting something out the door quickly, but I’ve always loved the idea of actually having a project to maintain, and make decisions about, and add fun new features to over time. At some point during development, I off-handedly mentioned to my wife that I’d be thrilled if I could just make 100 bucks from this app, because that would tell me people were seeing some amount of value in the idea, and that it might be worth pursuing a while longer.

Well, dear readers, thanks in large part to your generosity, I’ve made 100 bucks! I’ve also received a ton of thoughtful feedback, and have received over 100 (mostly very positive) reviews on the App Store worldwide. Again, nowhere near rich and famous numbers (or even significant side-hustle numbers), but enough to give me the conviction to keep exploring this idea for a little while longer, and see if I can make anything more of it. There seem to be some folks out there who are actually using and enjoying this app (and who also aren’t related to me), and that’s truly an incredible thrill.

Oh, also, the app actually mostly worked and didn’t explode on launch day. So by that metric alone: Successful Launch 😎

There are so many great, obvious ideas that I think could make this product more useful:

… not to mention some really important additions like localizations and accessibility improvements. In other words, I’ve got my work cut out for me.

The question now is whether continued support and some added features over the next few weeks can move the needle on my download numbers. Because, unsurprisingly, after the excitement of launch, those numbers bottomed out pretty quickly. So far, I’m still encouraged by the slow trickle of downloads, and especially by the consistently positive reviews the app continues to get — that tells me the app might be sticking for at least a few users. But I’ll be honest — I’m still not personally convinced this is an idea that has real staying power. I do, of course, believe the app can be useful — we’re still using it at home! — but it’s also a little bit goofy. That silly simplicity is by design, and is definitely part of the app’s charm, but I don’t yet know if there’s really enough value here to keep people engaged long-term.

So, I’m going to keep excitedly chipping away at it for the next little while, with the lofty ambition of getting those numbers to start ticking upwards again. I’ll also be thinking about how I can not-too-aggressively morph the payment model to make sure that, on the off-chance the app does start to gain more traction, I can continue to financially justify working on it.

And if things just sort of fizzle out over the next few weeks or months, that’s okay! That’s what’s kind of fun about the aggressively time-boxed approach I took to building Oh Bother — I don’t feel like I’ve invested too much of myself into it, and so I’ve got space to experiment with it now and see where things end up.

In my article about imposter syndrome earlier this year, I wrote the following:

From the moment you decided to get into iOS development, your career has been coloured by this vague idea that true success in this industry is nearly or completely single-handedly building something that grabs people’s attention. At the end of it all, you don’t just want to be “[Your Name Here]”. No, at the pinnacle of this climb, you want to be known as “[Your Name Here], creator of [Your Brilliant and Beloved App]”.

Calling Oh Bother “brilliant and beloved” is definitely a stretch. But I’m having a blast with this app, and I’ll happily wear my “Dan Gauthier, creator of Oh Bother” name tag for the foreseeable future 🎈

If you haven’t checked it out already, you can find Oh Bother on the App Store here. Come find me on Twitter; I’d love to hear what you think about the app 🦆